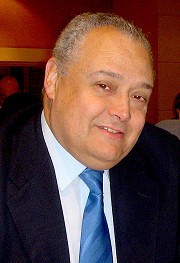 Introduction: Human fascioliasis is caused by fasciolid flukes using livestock as reservoirs and freshwater lymnaeid snails as vectors. This disease is highly dependent on climate change and influenced by livestock movements. WHO control follows different strategies according to countries, always based on triclabendazole treatments with the main purpose of reducing morbidity by decreasing burdens, including annual campaigns of preventive chemotherapy in the hyperendemic areas. Aim: In human endemic areas, infection is frequent giving rise to reinfections of treated subjects and fluke accumulation increasing burdens in non-treated ones due to premunition lack. One-Health initiatives are considered to complement the yearly preventive chemotherapy campaigns to decrease animal transmission and thus reduce such high human reinfection risk. Methods: Reducing Fasciola transmission implies a multidisciplinary action at the levels of snail vector, livestock reservoirs, and environment, the latter mainly concerning freshwater collections. Efforts should also include activities to decrease/avoid human infection sources and human participation in disease transmission. Results: A One-Health initiative including experimental studies and field surveys is at present being performed in the human hyperendemic area of the Northern Bolivian Altiplano, selected because (i)) it is the area with the more complete knowledge on the disease, (ii) its relative simplicity (well defined flatland endemic area, with only Fasciola hepatica and Galba truncatula involved), (iii) the highest prevalences and intensities reported in humans, and (iv) preventive chemotherapy running after already ten years of triclabendazole mono-dose yearly mass treatments. Conclusion: Many problems appear regarding sustainability. Changing centenary-old traditions and habits of endemic area inhabitants may be very difficult even despite long-term education efforts. Use of animals for transport, as donkeys, opens doors for flukes and lymnaeids entering from outside into the endemic area under control. Climate change may modify the environmental characteristics and give rise to epidemics due to snail population increases after temperature increases and long rainfall. Fasciolids are able to give rise to veterinary drug resistance. A multidisciplinary team should be maintained in place to continuously monitor the efficiency of each one of the measures. This needs long-term efforts and funding, which may not be affordable for remote, rural, poor areas in developing coumtries. Funding: Projects Nos. 2017/ACDE/001583, AECID, Ministry of Foreign Affairs and Cooperation; PI16/00520, AES, ISCIII-MINECO; RD16/0027/0023, RICET, RETICS, Ministry of Health and Consumption, Madrid, Spain; and 2016/099, PROMETEO Program, Generalitat Valenciana, Valencia, Spain.