How much variation in drug response is found in schistosome populations? 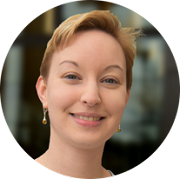 Schistosmes are outbred, sexually reproducing parasites and extensive genomic and phenotypic variation is found within natural and laboratory populations.

We have previously demonstrated that there is standing variation for oxamniquine resistance in S. mansoni populations that resulted in treatment failure in Brazil and East Africa. As new anti-schistosomal drugs are developed, it is important to determine levels of pre-existing phenotypic variation in response to these compounds.