Schedule : Back to Dr Jessica Clark 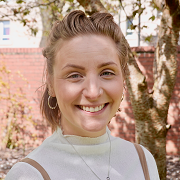 Background: Schistosomiasis is targeted by the World Health Organisation (WHO) for elimination as a public health problem (EPHP) by 2030, defined as a population having  ≤1% heavy infections by the Kato-Katz diagnostic. However, Kato-Katz lack sensitivity. The point-of-care circulating cathodic antigen (POC-CCA) tests are also recommended by WHO for Schistosoma mansoni diagnosis, but no guidance exists for their optimal interpretation, or analogous indicators of EPHP.

Methods: We developed a Bayesian latent-class model fit to parasitological data from 210 school-aged-children at four time points from pre-treatment to six-months post-treatment: one with Kato-Katz and POC-CCA+ (the standard POC-CCA scoring method: Negative, Trace, +, ++ and +++) and one Kato-Katz and G-Score (a newly developed scoring method from G1 (negative) to G10). Using parameter estimates, we simulated EPHP settings to establish an EPHP indicator analogous to Kato-Katz.

Findings: The POC-CCA tests saturate at low infection intensities explaining the lack of correlation between WHO infection intensity categories and POC-CCA scores. Optimal positivity thresholds are + and G3. Scoring system performance was comparable, but fluctuated with treatment. The proportion of a population that has scores of ++ or +++, or G7 and above, can be used as cut offs for if a community has likely reached EPHP.

Interpretation: The POC-CCA cannot be aligned to individual-level egg-count morbidity indicators. POC-CCA policy guidelines should be provided in terms of population-level prevalence. That the performance of the POC-CCA fluctuates with time, indicates a changing relationship between egg production and antigen levels.