Turning trypanosomes into a vaccine: The design and application of a brucei-based carrier platform for the targeting of a wide variety of "difficult" antigens 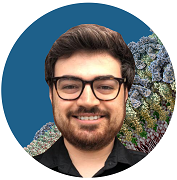 Many previous attempts to generate vaccines against small molecules, such as nicotine and cocaine, have employed conventional antigen carrier systems that have so far proven insufficient in this space. We have developed a novel carrier platform that is characterized by extraordinary epitope focusing and does not require the addition of any adjuvants to generate strong responses. The platform is based on the uniquely repetitive and antigenic surface coat of Trypanosoma brucei, comprised in large part by variant surface glycoprotein (VSG). The repetitive and dense nature of the coat provides a highly-antigenic surface, leading to an extremely epitope-focused immune response. We have most recently applied our platform, the VAST (VSG-immunogen Array by Sortase Tagging), to the opioid fentanyl in hopes of designing both an overdose preventing vaccine and overdose stopping passive therapies. The platform is generated through the sortase-mediated tagging of fentanyl (or any other “sortaggable” antigen) to VSG, followed by inactivation of the parasites prior to injection. We show that our vaccine reproducibly protects rodents from fentanyl intoxication by trapping fentanyl in the serum and thus preventing access to the brain-resident opioid receptors. We have also harvested B cells from the vaccinated animals, sequenced those cells, and identified candidate antibodies that could be used as passive therapies. This trypanosome-based antibody elicitation platform offers a new avenue to design immunotherapeutics and diagnostics specific to “difficult” antigens like fentanyl, other small molecules, and unique but otherwise "untargetable" glycan epitopes such as those produced exclusively by various protozoan species.