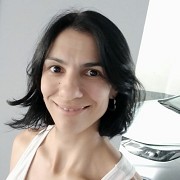 Chagas disease (also called American trypanosomiasis) is caused by the protozoan parasite Trypanosoma cruzi. The infection is mostly spread by triatomine insects but congenital and transfusional transmission is also common. Similarly to T. brucei and Leishmania spp., T. cruzi lacks for a heme synthesis route but present several heme-proteins involved in the respiratory chain complexes and other essential metabolic pathways (Tripodi, 2011). For this reason, trypanosomatids must scavenge this molecule from the host or vector. Being heme an essential cofactor for T. cruzi, the heme homeostasis represents a promising target to inhibit T. cruzi proliferation and infectivity. T. cruzi is able to import heme from the hosts during the replicative stages and a protein we named TcHRG is essential for heme transport activity (Merli, 2016). We observed that the expression of TcHRG is modulated by heme availability. Heme is also a highly toxic molecule, then this parasite must present a strict control on heme homeostasis (import, trafficking, and detoxification) where TcHRG and other unknown proteins are directly involved. Therefore, it was postulated that T. cruzi may sense intracellular heme and adjust TcHRG expression and accumulation to promote or reduce heme transport activity (Pagura, 2020). In order to assess the puzzle pieces of heme homeostasis we designed a transcriptome experiment where we evaluated the effect of hemin and hemoglobin supplementation as heme source in previously heme-starved epimastigotes of T. cruzi during a time course of 24hs. The parasites were cultures for 48 h in LIT-10% BFS medium without heme supplementation. Cultures were then washed and resuspended in fresh medium with 5 uM heme as hemin or hemoglobin and in medium without heme as control. Samples from 3 biological replicas were taken at 0, 4 and 24 h after treatment. Total RNA samples were sent to the NGS service and raw data were analysed to obtain the differentially expressed genes (DEG). Reads were mapped to the T. cruzi DM28c 2018 genome from TriTrypDB platform where 17197 genes are annotated (Berna, 2018). We detected a total of 303 DEG in both hemin and hemoglobin supplemented cultures 4 hours post-treatment and 171 DEG after 24 hours of heme supplementation. Among the down-regulated genes in treated epimastigotes we pointed these cellular functions: flagellum structure, protein modification, transporters, and signal transduction. We also observed a down regulation of several genes encoded for respiratory complex and electron transfer. The processes up regulated in supplemented epimastigotes were gene expression regulation, translation and protein synthesis, protein transport, protein-protein interaction, protein folding and modification, transporters, cystathionine synthesis and NAD(P)+/NAD(P)H metabolism. These results denote that changes in heme availability in epimastigotes have a general effect on the metabolic state of the parasite. We observed modifications in gene expression with specific down-regulated and up-regulated metabolic pathways. Biochemical assays should be performed in order to validate the data obtained from this transcriptome analysis. Our results reinforce the statement that heme homeostasis is essential for the parasite. Puzzling over the heme transport and utilization will contribute to find an Aquiles’ heel of the parasite as well as discover new target molecules to control T. cruzi