Schedule : Back to Dr Simone Haeberlein

From bugs to drugs: discovery of novel antischistosomal compounds from insects 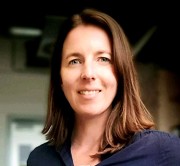 Natural products represent a treasure trove for the discovery of new drugs including anti-infectives. With respect to antischistosomal compounds, plant-derived products have been extensively studied while insect-derived compounds have received little attention. This is surprising, knowing that insects represent the most species-rich class of animals known on earth, and they produce a wide spectrum of compounds with biological activities. Examples are antimicrobial peptides (AMPs), alkaloids, or complex venoms that comprise more than hundred active compounds that are used to defend against insect pathogens, predators, or competitors. In insect biotechnology, the invasive harlequin ladybird Harmonia axyridis raised high interest as a rich source of antimicrobials such as the alkaloid harmonine. This compound is thought to act as a chemical weapon keeping pathogenic microsporidia in the beetle under control. Another interesting insect family are assassin bugs, predaceous hemipteran insects known for their potent venom that is injected into invertebrate preys.

In recent studies, we made first steps towards exploring insects as source for antischistosomals and investigated whether ladybird-derived harmonine, venom from the European predatory assassin bug Rhynocoris iracundus, or various AMPs from different insect families display activity against S. mansoni in in vitro-assays (Kellershohn et al. 2019, Tonk et al. 2020). While AMPs had only weak activity, harmonine (5 µM) and venom (10-50 µg/ml) significantly inhibited motility and egg production of schistosome couples. In addition, we observed pleiotropic effects on tissues essential for survival and reproduction of schistosomes that included tegumental damage, gut dilatation, and degradation of gonads. To address possible modes of action, we used EdU-proliferation assays to measure effects on schistosome stem cells, which are essential for survival and reproduction. Both insect products arrested stem-cell proliferation in different tissues, including parenchymatic neoblasts and gonadal stem cells. This was further supported by a downregulated expression of the stem-cell markers nanos-1 and nanos-2 in treated worms revealed by quantitative real-time PCR. For harmonine, we additionally obtained first evidence for acetylcholinesterase as one potential molecular target, whose activity was partially inhibited by the compound. One drawback especially of insect venoms is their tendency to lyse eukaryotic cells, which would preclude their therapeutic application. To address this important point, we conducted hemolysis assays using porcine red blood cells, which revealed that R. iracundus venom had no significant effect at a concentration of 43 µg/ml.

In summary, besides their natural role to tackle endogenous pathogens or invertebrate preys, insect-derived products might also have the capacity to impair medically important helminths. The antischistosomal phenotypes observed in our studies are reminiscent of the paralytic and cytolytic activities that are characteristic for certain venom compounds used to immobilize invertebrate preys. Recently obtained transcriptomic and proteomic data for assassin bug venom should facilitate the identification of individual active components in future research. Our studies clearly highlight the potential of exploiting insects as a source for the discovery of anthelminthics.