Schedule : Back to Mr Mohammad Alharbi 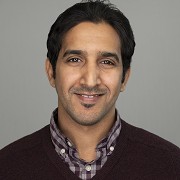 The freshwater snail genus Bulinus plays a vital role in transmitting parasites of the Schistosoma haematobium group. Three species within the S. haematobium group cause urogenital schistosomiasis while five others typically infect wild and domestic ruminants. Using DNA-based identification methods, a hybrid schistosome between S. haematobium and S. mattheei has been recently detected in school children along the Lake Malawi shoreline in Mangochi District. This finding raised the need for contemporary revaluation of local interactions between schistosomes and snails, with particular focus on snail species within the Bulinus africanus group. In 2017, 2018 and 2019, malacological surveys sampled several freshwater sites in Mangochi District. Collected snails (n= 250) were first characterised using shell morphology before closer inspection of the cytochrome oxidase subunit 1 gene (cox1), with DNA barcoding of the ‘Folmer’ region and a rapid PCR-RFLP typing assay with double digestion with HaeIII and SacI restriction enzymes. DNA cox1 sequence analysis, with phylogenetic tree construction, suggested the presence of at least three taxa in Lake Malawi, B. globosus alongside first reports of B. africanus and B. angolensis which could be differentiated by PCR-RFLP methods. The latter species is morphologically unusual for it is typically placed with the B. truncatus/tropicus complex. Further to B. nyassanus which plays a key role in the transmission of S. haematobium within the lake, the distribution of  B. globosus was only present in small water bodies around its margins whereas B. africanus and B. angolensis were found within it. This study provides new insight into the recent changes in the epidemiology of urogenital schistosomiasis as likely driven by a new diversity of B. africanus group snails within the lake. Inspection of additional DNA loci is needed to further characterise B. angolensis, comparing this population more broadly.