Schedule : Back to Miss Barbora Šmídová 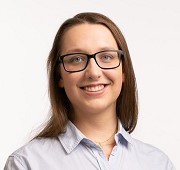 Avian schistosomes, the causative agents of human cercarial dermatitis (or swimmer’s itch), die in mammals, but the mechanisms responsible for parasite clearance are unknown. Here, we examined the role of nitric oxide (NO) in the immune response of mice experimentally infected with Trichobilharzia regenti. It is a model species of avian schistosomes remarkable for its neuropathogenicity. First, we confirmed NO production in the infected skin and spinal cord by immunohistochemical staining of inducible NO synthase (iNOS). We detected iNOS around the parasites in the early phases of the infection, specifically at 8 hours post-infection in the epidermis and at 3 days post-infection (dpi) in the spinal cord. However, 3-nitrotyrosine, a marker of nitrosative stress, was present only in the spinal cord at 14–21 dpi. Here, the tyrosine nitration might have been mediated by a myeloperoxidase-dependent pathway which does not require NO produced by iNOS. Second, we examined the impact of iNOS inhibition by aminoguanidine on parasite burden and growth in vivo. Inhibition of iNOS resulted in slower parasite growth 3 dpi, but the opposite effect was observed later, at 7 dpi. We also noticed a moderately increased parasite burden in the spinal cord at the latter time point. These data suggested a possible protective effect of NO, so we next examined the vulnerability of T. regenti schistosomula to NO in vitro. Interestingly, the NO treatment did not directly alter the viability and the ultrastructure of the schistosomula. Therefore, we tested the effect of NO on the activity of T. regenti vital peptidases in vitro using a fluorogenic substrate. Of note, NO inhibited the activity of T. regenti cathepsins B1.1 and B2, the peptidases essential for parasite digestion and migration, respectively. To conclude, our results suggest that although NO is produced in mice infected with T. regenti, it does not affect the parasite directly. Indeed, it rather disrupts its proteolytic machinery, which could lead to suspended parasite growth and migration. Such a mechanism of chronic parasite debilitation might represent a novel mode of NO action against helminths.