Schedule : Back to Dr Tomas Machacek 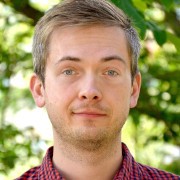 Helminths do often invade the central nervous system (CNS) of mammals, including humans. Such infections might represent serious medical conditions, but the host-parasite interplay within the nervous tissue often remains poorly understood. Here, we thoroughly explored mechanisms of Trichobilharzia regenti (Schistosomatidae) neuroinvasion in mice. Active migration of T. regenti schistosomula through the mouse spinal cord induced motor deficits in hindlimbs but did not affect the general locomotion or working memory. Histological examination of the infected spinal cord revealed eosinophilic meningomyelitis with eosinophil-rich infiltrates entrapping the schistosomula. Flow cytometry and transcriptomic analysis of the spinal cord confirmed massive activation of the host immune response. Of note, we recorded striking upregulation of the MHC II pathway and M2-associated markers, such as Arg1 and Chil3 (Ym1). Arginase-1 also dominated among the proteins found in the microdissected tissue from the close vicinity of the migrating schistosomula. Our findings indicate that the previous concept of microglia/macrophages actively fighting against the schistosomula needs to be reconsidered. Next, we also evaluated the pathological sequelae of T. regenti neuroinvasion. While no demyelination was noticed, our transcriptomic data suggested alterations in permeability and blood-brain barrier integrity, especially in the early stage of the infection. Additionally, we detected DNA fragmentation at the host-schistosomulum interface, but schistosomula antigens did not affect the viability of neurons and glial cells in vitro. Taken together, our comprehensive characterisation of T. regenti neuroinvasion broadens the range of animal models available to study pathogen-related neuroinflammatory processes. A complex insight into their diversity is a prerequisite for the development of better protective measures, treatment strategies, and diagnostic tools.