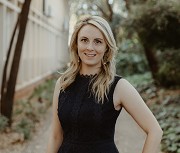 Climate change is predicted to modify global air temperatures and precipitation. This poses a significant threat to human health as it may alter the distribution and occurrence of vector-borne diseases. This is of particular concern for regions already burdened by many tropical diseases such as sub-Saharan Africa. As a result of these concerns, tropical diseases have gained new traction in the public health discussions. Schistosomiasis, caused by the parasitic trematodes Schistosoma spp., is a neglected tropical disease transmitted to humans and animals through snail vectors that are present in still to slow-flowing water bodies. Climate change and continued human population growth in developing countries may alter the distribution of this disease and continuous evaluation thereof is therefore imperative. In South Africa, little research on the distribution of schistosomiasis has occurred since the 1960s and, as a result, the present status of the vectors and parasites are unknown. It is also unclear how climate change and human population growth may alter the distribution of the parasitic disease in the future. The present study will address these concerns with the use of a combined desktop and field-based assessment. Thus far, the first digital map of the distribution of the snail vectors in South Africa has been created using 50 years of distribution records available from the National Freshwater Snail Collection hosted by North-West University. From here, computer-based models will be used to determine the present distribution of Schistosoma transmitting snail vectors and parasites in endemic regions in South Africa by evaluating climatic changes from the 1960s to the present. Further models will be used to assess the potential future distribution of the vectors and parasites in relation to climate change and population growth. Field based assessment surveys of snails and parasites will take place simultaneous along with interviews with local communities to assess the accuracy of the model and evaluate the knowledge of people regarding schistosomiasis.