Reaching the WHO elimination targets for schistosomiasis: the importance of a One Health perspective 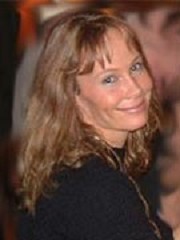 2021, amidst the global SARS-Covid-19 pandemic, has seen the launch of the new WHO Neglected Tropical Diseases (NTD) 2021-2030 Roadmap and the G7 summit. Across all there is now a clear emphasis on the need to incorporate a One Health approach, recognizing the critical links between human and animal health and the environment. Schistosomiasis, caused by Schistosoma spp. trematodes, is a NTD of global medical and veterinary importance, with over 140 million people currently infected and untold millions of livestock. Despite decades of mass administration of the anthelmintic praziquantel to, predominantly, school-aged children, the burden of schistosomiasis remains extremely high in certain regions, particularly that within sub-Saharan Africa (SSA). Whilst in endemic regions of Asia, animal hosts are acknowledged as important zoonotic reservoirs, within SSA, in contrast, the zoonotic component of schistosomiasis transmission and the implications of the multi-host aspects of schistosomiasis for disease control and reaching the elimination targets has, until recently, been largely ignored. This was particularly the case for S. haematobium, the causative agent of urogenital schistosomiasis in humans, which was assumed to be an exclusively human infection – and thus amenable to elimination by targeting treatment at humans alone. Here, presenting our recent parasitological, epidemiological, experimental, molecular, clinical and environmental work across both Asia and Africa, we illustrate the distribution and transmission dynamics of Schistosoma spp. and notably the emerging risk raised by both wildlife reservoirs and viable hybridization between human with livestock schistosomes. Taken together, our research emphasizes that a truly multi-disciplinary One Health perspective must be implemented in order to achieve the 2030 WHO Roadmap targets of elimination as a public health problem and ultimately towards interruption of schistosomiasis transmission and its subsequent verification.