Schedule : Back to Mr Daniel Parsons 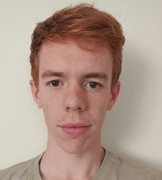 Asiatic schistosomiasis, caused by the zoonotic blood fluke Schistosoma japonicum, results in chronic and debilitating symptoms across China, Indonesia and the Philippines, with approximately 750 thousand people infected across China alone. Despite strenuous control efforts over the past 60 years, a resurgence of the parasite has been demonstrated since the start of the 21st century. This recent resurgence, and subsequent rise in morbidity, has prompted a call for a revolutionised integrated control methodology, with a clinical and/or transmission-blocking vaccine at the forefront of this strategy. Yet, vaccination trials have seen variable success and do not infer long term immunity, and several studies have highlighted variation in schistosome antigen coding genes (ACGs) as possibly accounting for the lack of vaccine efficacy shown thus far. Therefore, efficacious and robust ACGs must be selected as candidates for vaccine development. Tetraspanins (TSPs) are a family of transmembrane cell surface-anchored proteins with a vast array of functions that have been shown to have potential as vaccine targets. Many have been shown to be antigenic, directly interacting with the hosts immune system in parasites such as Schistosoma japonicum. However, the full diversity of tetraspanins in S. japonicum remains unknown, and the impact of diversifying selection acting on the protein family is unclear. In other pathogens the diversification of ACGs has been implicated in alterations in antibody binding affinity, and thus the ability of the host’s immune system to recognise infection. This study aims to elucidate the genetic diversity of TSP proteins in S. japonicum via a phylogenetic analyses and to highlight the influence of selection on the protein family and how this impacts their antigenic properties.