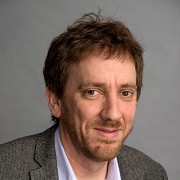 The Darwin Tree of Life (DToL) Project aims to generate reference genomes for all described species 70,000 species of eukaryotic organisms in Britain and Ireland. It is a collaboration between biodiversity, genomics and analysis partners led by The Sanger Institute . These genomes will be made freely available to the public on production and will therefore be a transformative resource that will change how we do biology. Since its inception numerous similar projects have been spet awned around the world. Here I will describe the structure of the DToL, its progress and how the data is being released. I will also focus on our parallel effort as part of the DToL to sequence protist genomes directly from the environment. The Protists are a paraphyletic and highly diverse grouping of eukaryotic life, forming the sisters of plants, animals and fungi. They have evolved many different solutions to survive in a multitude of environments and are essential for the function of most ecosystems. Despite this and given the enormity of their diversity, they are relatively understudied, with most species remaining undescribed and with no genomic sampling. The reason for their poor sampling is in part due to methodological difficulties in isolating species from the environment into stable culture, usually a requirement for tractable DNA recovery enabling genome sequencing.