Could C. elegans be the key to slowing ageing?

C. elegans is a tiny worm about a millimetre in length. It’s been used in research since the late 1960s after being established as a novel organism at the MRC Laboratory for Molecular Biology at Cambridge University.

The animal was first used to understand the nervous system, but scientists soon discovered genes in the worm-like creature that are involved with apoptosis, the process of programmed cell death – a condition commonly associated with cancer. This discovery led to the development of cancer therapies to treat the condition and since then, C. elegans has been the subject of three Nobel prizes.

The use of C. elegans is widespread in academia, with thousands of academic labs using the organism, however this is not the case in the commercial sector. Magnitude Biosciences, a spin-off company from Durham University, is working towards making C. elegans a standardised part of drug discovery in industry.

Dr David Weinkove, CEO of Magnitude Biosciences and Associate Professor at Durham University, says there are a number of reasons for this, including a lack of expertise and concern about whether the animal is a suitable model for human health.

“[There] is a lack of understanding,” Dr Weinkove says. “Many genes that we have are present in C. elegans and very well conserved, [but] it needs that expert eye to say that the gene that you’re working on is well conserved and really can be studied in C. elegans.”

“We think that we can really transform the way that C. elegans are used, because this is not thought of as a standard thing in drug discovery. There’s a huge amount of academic research using C. elegans, but it hasn’t necessarily been applied properly. [We’re] applying the power of the C. elegans research community to the problems of industry”

As opposed to rodent models, C. elegans do not have ethical restrictions and tests can be undertaken in less time and at lower costs. By using C. elegans, researchers can carry out a quick test to flag up any drugs that could potentially be toxic in mice, allowing them to focus their efforts on the non-toxic formulations.

Research on animal subjects usually works by carrying out tests at regular intervals to see how the animal is responding to a particular compound. The problem with this method is that it comes with variables that need to be accounted for. Magnitude Biosciences has developed technology that allows researchers to continually monitor the animals. Instead of doing tests, the company’s technology is watching the organisms at all times. This continual and non-invasive approach is an innovative method that less than a handful of companies across the world are using.

“We’re monitoring them all the time, but we’re not taking them out of their environment to do a test on them. It’s what we’d say is non-invasive; we’re not interfering with the animal, we’re just watching them,” Dr Weinkove says.

“Our technology allows us to monitor lots of animals. We have a camera for each petri dish and each dish has 30 animals on it. Each of those cameras has its own computer, so we can monitor them all simultaneously and analyse it in a very automated way. It [means] that we can monitor those relations over a large period of time.

“We’re not invading [or] manipulating them in any way; we’re just monitoring [them] and that gives us really reliable, quantifiable, reproducible data that allows us to test lots of different interventions.

Magnitude Biosciences works across a range of different biological research fields and sectors, from agricultural manufacturing to microbiome research, but a key area of interest for the company is ageing.

C. elegans is known to be an easy organism to work with and as it ages very quickly it is particularly useful for studying ageing. The animal ages in a similar way to humans but in a very short time frame – usually around a week. The organisms reach their peak of movement in around two days and start to slow down at the human equivalent of 30 or 40 years of age. When they reach the human equivalent of 60 or 70 years old, their movement becomes much slower. It is an effective indicator of ageing but is difficult to measure. Magnitude Biosciences’ novel approach is able to quantify this decline.

“In the past, people looked at a week-old worm down the microscope and it’s obvious that they’re moving slower than the younger worms,” Dr Weinkove says. “But, when you look through the microscope, you can’t really measure it. What we’re doing is measuring that and putting some numbers on it. We can gather more information about the distribution of speeds amongst populations.”

When it comes to developing therapies to slow ageing, there are several challenges that biopharmaceutical companies face. Firstly, it will be a drug that people are likely to take across a long period of time – potentially decades – so it is vital that the drug is safe with no side effects.

What’s more, the FDA and other regulatory bodies will currently not approve a drug for ageing as it is not seen as an illness. In the meantime, biotech companies are instead focusing on specific age-related diseases like neurodegenerative conditions, which currently have no cure. This is where C. elegans can help.

“For a drug development company that is in this field, it’s very expensive to get a drug from the starting point all the way to people.” Dr Weinkove says. “They have to go in stages; they start off with a particular target [or] mechanism and then they test a bunch of compounds. Then, they have to get that to a point where they can raise enough investment to do mouse studies.

“We can help them to get that investment by showing that [a] compound works in worms. We can turn our experiments around pretty fast. If someone sends their compounds, usually within about four weeks we’ve got an answer for them about whether it slows ageing or not. We can really help them there [because] there’s no other system that ages in that way.”

C. elegans, like humans, have a nervous system so scientists can observe whether or not compounds affect the degeneration of the system. In addition, genes can be put into the worms relatively easily, allowing researchers to grow organisms that contain human genes.

This means genes that are found in neurodegenerative diseases like Alzheimer’s, Huntington’s disease or Parkinson’s disease can be put into the animals to test whether a compound can help alleviate the condition.

According to Dr Weinkove, Magnitude Biosciences is in a “massive” growth phase, scaling up its capabilities and customer base. The company is also seeing a “boom” in investment for biotechs that are developing ageing therapies, with a number of firms approaching Magnitude Biosciences to help them make the most of their investments.

“What we would really like is to see C. elegans become a real standard part of the drug discovery process so that it is acknowledged as a way to accelerate drug discovery and minimize the use of lab animals. We want to be able to provide all the capabilities that are possible with C. elegans.”

In the next five to ten years, Dr Weinkove hopes that the compounds he and his team have been helping biotechs and pharma companies progress into therapies will eventually be used in the clinic to improve patient lives.

“That would be really rewarding,” he says. “It’s what we’re looking to achieve.

“I think it will take more than five years to really make that full impact, but we want to have those stories [about] people staying healthier for longer and that we’ve played a small but important part in that.”

Unlocking the microbiome as a target for drug discovery using C. elegans

How to develop anti-ageing drugs: overcoming the 5 key challenges

Datasheet: Could caloric restriction could be involved in your test compound's mode of action? 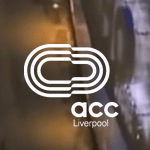