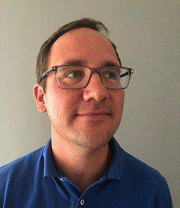 Stephen Hague is a Science and Technical Advisor for 10x Genomics working in Europe. Stephen received his BSc from Sheffield University, his MSC in Human Genetics from Imperial College London and Studied for his PhD at the John Radcliffe Hospital Oxford and Oxford Brookes in the field of Angiogenesis.
Upon Completing his PhD, Stephen worked as a Post Doctoral researcher at the NIH in Bethesda USA performing research into the Genetics of Parkison’s Disease. Work he continued as a Russell Research Fellow at the University of Sheffield UK.
Stephen moved to Applied Biosystems as a Field Applications Specialist and subsequently held the position of European Droplet Digital PCR Specialist working at Bio Rad laboratories