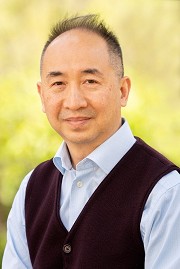 Lenny Dang is a biopharmaceutical executive with over 25 years of drug discovery and translational experience. He is currently the Vice President and Head of Research and Translational Sciences at Agios Pharmaceuticals, where he held a number of research leadership roles at the company over the past 12 years. His early research work at Agios uncovered the oncogenic 2HG in IDH-mutated cancers which eventually led to the development and FDA-approval of Idhifa® and Tibsovo®, as well as the discovery of brain-penetrant vorasidenib which is currently under clinical development for glioma. The successful Agios Oncology franchise was recently sold to Servier Pharma. Over the last several years, he has been a champion of the rare genetic disease program on pyruvate kinase activator, who led the discovery of Pyrukynd®, the first FDA-approved drug for adults with Pyruvate Kinase Deficiency anemia or PKD. He leads the translational efforts on disease expansion, and as a result Pyrukynd® further achieved proof-of-concept and is under pivotal development in both thalassemia and sickle-cell disease. In addition, he is also responsible for a number of clinical drug candidates at Agios.
Prior to Agios, he spent more than 10 years at Takeda-Millennium Pharmaceuticals working on therapeutic research in oncogenic networks that mediate both inflammation and proliferation. Prior to Takeda, he worked on the biochemistry of ubiquitin proteasome pathway, and was a contributing member on the team at ProScript that discovered PS-341 (Velcade®) which is now approved for multiple blood cancers. He is a graduate of Harvard University, Cambridge MA with a degree in Physics.