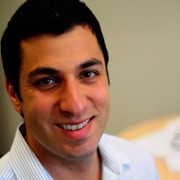 Ali is Professor of Chemical Biology at the School of Chemistry, and Chief Scientific Officer of Curve Therapeutics, a spin-out company from the Tavassoli lab. Ali is president of the Royal Society of Chemistry's (RSC) chemical Biology Interface Division (2020-2023), and a Fellow of the RSC. Ali is on the editorial board of RSC Chemical Biology. Ali was Chair of the RSC's Chemical Biology and Bioorganic Group (2012-2015), and an elected member of the RSC's Chemistry and Biology Interface Division council (2012-2016).
Ali has won a number of awards during his career, including the European Association for Chemical and Molecular Sciences' medal for European Young Chemist in 2008, the RSC Medimmune Protein and peptide Science Award in 2017, and the European Peptide Society's Leonidas Zervas award in 2020.