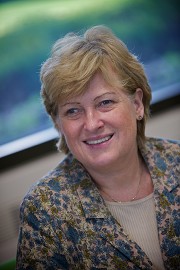 Wisia Wedzicha is Professor of Respiratory Medicine, Head of the Respiratory Division at the National Heart and Lung Institute, Imperial College and Honorary Consultant at Royal Brompton and Harefield Hospitals. She qualified from Somerville College, Oxford University and St Bartholomew’s Hospital Medical College. She was elected as Fellow of the Academy of Medical Sciences (FMedSci) and is a fellow both of the American Thoracic Society (ATSF) and European Respiratory Society (FERS). She received the Helmholtz International Fellow Award in 2014.
Professor Wedzicha has a major interest in the causes, mechanisms, impact and prevention of chronic obstructive pulmonary disease (COPD) exacerbations, and in the role of bacterial and viral infection in COPD exacerbations. She directs an active research group specialising in COPD exacerbations, and has published extensively on this topic.
Professor Wedzicha was Editor-in-Chief of Thorax from 2002 to 2010 and till 2022 the Editor in Chief for the American Journal of Respiratory and Critical Care Medicine. She was the Lancet Ombudsman till 2014, Publications Director for the European Respiratory Society (ERS) and has also previously been ERS Guidelines Director. 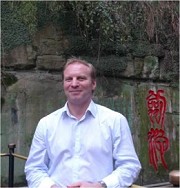 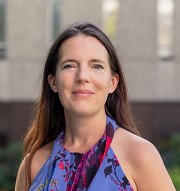