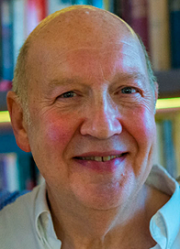 Stephen Neidle is a graduate of the Chemistry School at Imperial College London (PhD, DSc). He has been a Professor and Dean at the Institute of Cancer Research, and from 2002 he was Professor of Chemical Biology at the School of Pharmacy, UCL, where is now an Emeritus Professor. He has been involved with the early-stage discovery of several anti-cancer and anti-infective clinical agents. He has been one of the pioneers of the study of quadruplex nucleic acids and currently is leading the development of lead compounds as potential clinical agents. He has received a number of major national and international awards for his work and has published to date over 500 papers and reviews, together with a number of granted patents