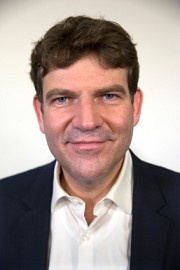 Dr Mielke joined the Karolinska in May 2017 when he became one of the first members of the CCC accreditation group. He is a translational physician-scientist with Swedish board certification in Internal Medicine and Hematology and a special interest in cell- and gene therapy. The overall aim of this research is to increase the rates of cure for patients with leukemia and MDS, lymphoma, myeloma and solid tumors by harnessing the benefits of autologous and allogeneic immunity. He has run several international trials as a Principal Investigator in the field of allogeneic stem cell transplantation and cellular therapy and coordinated worldwide multicenter trials in haploidentical stem cell transplantation. He was one of the first in Germany treating patients with CAR-T cells in 2016 as part of the JULIET trial (NEJM 2019), has now been the first to treat patients with CAR T cells at Karolinska, performed the first standard of care treatment with CAR T cells in Sweden and has received funding to initiate Sweden’s first CAR T Cell Network (SWECARNET). His current focus is on and immunotherapy against solid tumors and implementation of CAR T cell therapy to SOC.

Dr Mielke is German and graduated originally in 1999 from Georg-August University Medical School in Göttingen, Germany. After completion of his scientific thesis at the Department of Obstetrics and Gynecology he received his doctoral degree from Georg-August University. He started his residency and fellowship program at the Albert Ludwig University of Freiburg in Germany, Department of Internal Medicine, Division of Hematology and Oncology. In 2003 he was awarded a postdoctoral grant from the Dr.-Mildred-Scheel-Stiftung in Germany to carry out translational research at the National Institutes of Health. From 2004 to 2007 Dr Mielke worked in the Allotransplantation Section of the Hematology Branch at the NIH, Bethesda, MD, USA. Afterwards he joined the Department of Internal Medicine II at the Julius-Maximilian University of Würzburg in Germany where he completed his specialty in Internal Medicine and in Hematology and Oncology. He became attending physician 2008, wrote his professorial thesis in 2009 and received his venia legendi in 2010. He played a significant role in the certification of the CCC Mainfranken and led the Universities first JACIE certification of the stem cell transplant program. Dr Mielke carried responsibilities as Deputy Director of Internal Medicine II and Director of the Adult Allogeneic Stem Cell Transplantation Program and holds a Professorship in Internal Medicine since 2014.

He has published around 100 peer-reviewed articles. He is member of the Swedish-Norwegian Bone Marrow Transplant Group (SNBMTG), the American Society of Hematology (ASH), the European Group for Blood and Marrow Transplantation (EBMT), the German Society of Hematology and Oncology (DGHO) and the German Working Group for Marrow and Blood Stem Cell Transplantation (DAG-KBT). He was elected into the office of the European Treasurer at the International Society for Cellular Therapy (ISCT) for the period of 2011 to 2014 and was a member of the international JACIE committee as representative of the ISCT from 2012 to 2015. He became Associate Editor of “JNCI Cancer Spectrum” in 2018 and has joined the editorial boards of „Bone Marrow Transplantation“, “American Journal of Blood Research”. He is regularly invited as a peer scientific reviewer for several international journals and funding organizations in the field of stem cell transplantation, cell and gene therapy and personalized medicine.