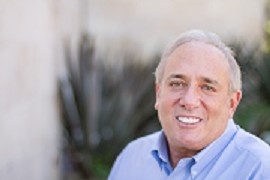 Biog:
Dr. Kaufman received his Ph.D. degree in pharmacology from Stanford University, where he studied
gene amplification as a mechanism by which cells become resistant to anticancer agents. As a Helen
Hay Whitney fellow with Nobel Laureate Dr. Phillip Sharp at the Center for Cancer Research at MIT, he
developed gene transfer technologies based on gene amplification and expression in mammalian cells.
After postdoctoral studies, he became a founding scientist at Genetics Institute Inc., engineering
mammalian cells for high-level expression of therapeutic proteins, such as clotting factors now used to
treat individuals with hemophilia. In 1993, he moved to the University of Michigan as a HHMI
Investigator and Professor of Biological Chemistry and Internal Medicine. July 2011, Dr. Kaufman
moved to the Sanford-Burnham Medical Research Institute in La Jolla, CA, as Professor and Director of
the Degenerative Disease Research Program. He has a broad background in protein folding and the
UPR, with emphasis on diseases such as diabetes, hemophilia, and cancer. His research focuses on
three signaling pathways that emanate from the ER that orchestrate survival and death responses.
More recently, his studies have discovered that ER protein misfolding leads to oxidative stress, calcium
mobilization, and inflammatory responses.