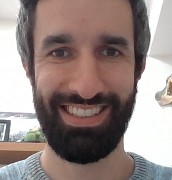 Immunotherapies including PD-L1 blockade have shown remarkable increases in the T cell–directed antitumour response; however, efficacy is seen only in a sub-population of patients. In addition, the ability of cellular therapies such as CAR-T cells and TCR-engineered T cells to target solid tumours is heavily influenced by the immunosuppressive tumour microenvironment. Recently, pooled CRISPR-Cas9 knockout (CRISPRn) screens in tumour/immune co-culture systems have identified a number of genes that confer resistance to T cell killing in pathways including antigen presentation and cytokine signaling, providing insight into tumour mechanisms that cause resistance to immunotherapies. The development of a tumour/immune co-culture system in an arrayed plate-based format allows the identification of novel targets for immuno-oncology through CRISPR, small molecule and secretome screening, as well as characterisation of hits from pooled co-culture screens. Arrayed screens such as these will allow multiple assay endpoints to be measured per treatment, allowing inbuilt orthogonal validation. Here, we describe our work in building co-culture models comprising cancer cells and immune cells that can then be used in arrayed CRISPRn screens. Focussed CRISPRn arrayed libraries have been used to interrogate tumour resistance mechanisms and T-cell armouring strategies, with readouts including live cell imaging of tumour cell viability, flow cytometry of cytokine levels and impedance measurements. Taken together, these data highlight both the value and the complexity of building arrayed plate-based tumor/immune co-culture systems.