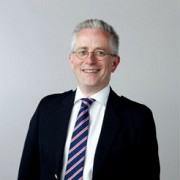 Professor Naismith grew up in Hamilton, in the west of Scotland attending local state schools. He graduated from Edinburgh in 1989 with a BSc in Chemistry. As a Carnegie scholar, Professor Naismith obtained a PhD in Structural Biochemistry from Manchester in 1992. Following a NATO fellowship (1993-1994) in the lab of Steve Sprang in Dallas, he took a lectureship at St Andrews Chemistry in 1995. Professor Naismith has been awarded Colworth Medal, Corday Morgan Medal, Dextra Medal and Jeremy Knowles Medal. He was elected to fellowship of the Royal Society of Edinburgh in 2005, the Academy of Medical Sciences in 2012, the Royal Society 2014 and the American Association for the Advancement of Science 2016, and was elected a member of EMBO in 2010. In 2019 he was awarded the Royal Society of Chemistry’s Tilden Prizes. He graduated as a DSc from St Andrews in 2016, where he held the Bishop Wardlaw Chair, and was Director of the Biomedical Sciences Research Complex. Professor Naismith moved to University of Oxford in 2017. Professor Naismith is a world leading expert in structural biology, blending structural analysis, mechanistic study and developing new approaches biochemistry to answer chemical problems in biology. The Naismith group, based at Harwell and Oxford, comprises 10 members. He became Interim Academic lead at the Franklin in 2017, leading the design and specification of the building, and is also theme lead for Structural Biology at the Institute. In June 2019, Jim became the first full Director of the Rosalind Franklin Institute., 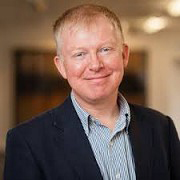 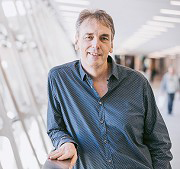 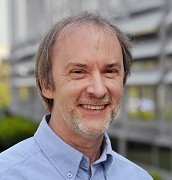